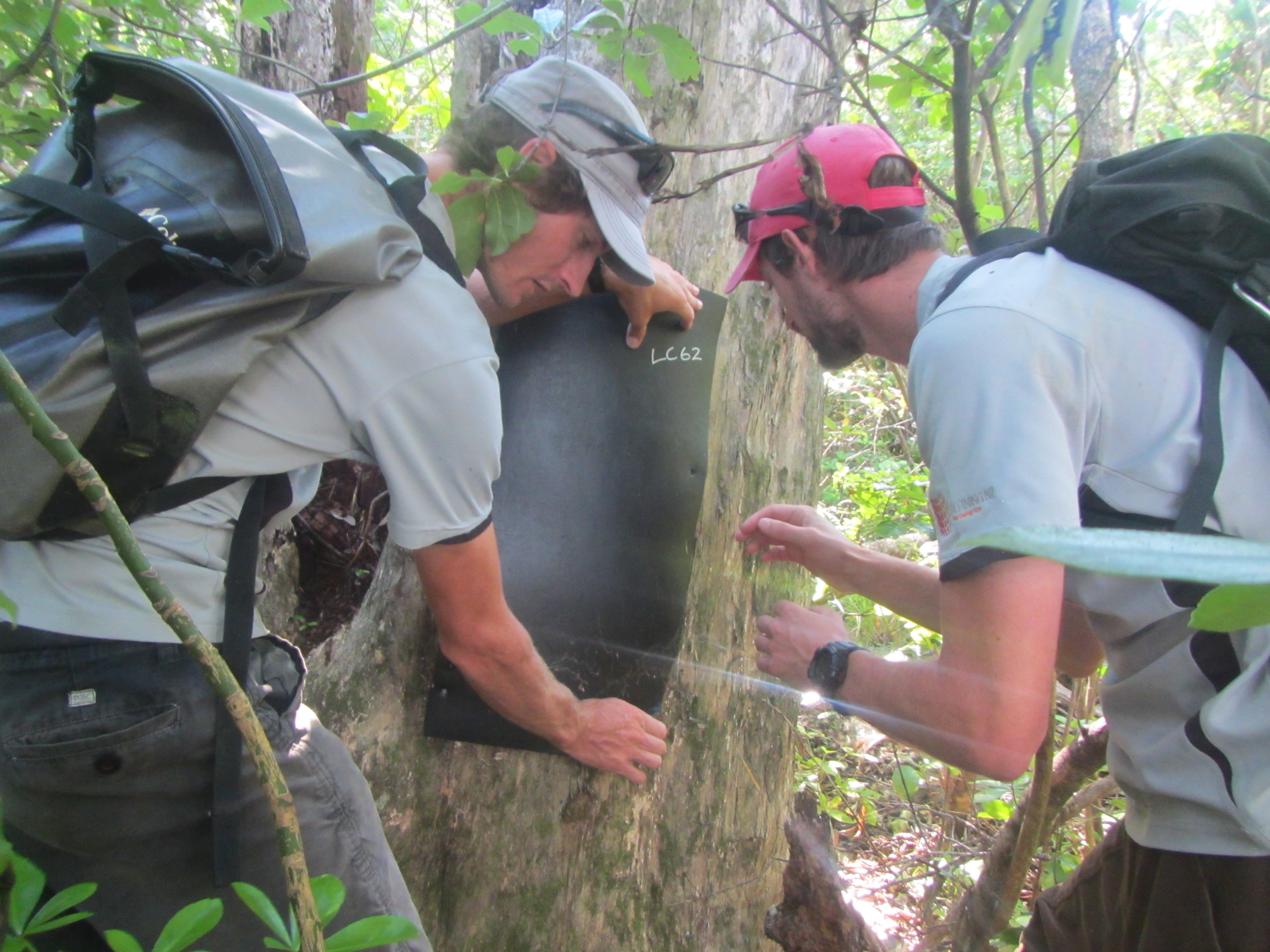 On Bream Head/ Te Whara our main pests that are targeted are Rats, both Ships Rats (Rattus rattus) and Norwegian Rats (Rattus norvegicus) introduced by Europeans.  There is a third rat, the Kiore (Rattus exulans) introduced by early Polynesian settlers but Ship Rats and Norwegian Rats are the main targets.  Mustelids, mainly stoats, are highly destructive predators and very difficult to trap. Intense monitoring and trapping of stoats has allowed Grey Faced Petrels (Oi) to successfully fledge from the reserve. Mice, possums and feral cats make up the rest of our “rogues gallery”. Possums are currently being intensely targeted on the Heads Peninsular.

The main methods of eliminating such pests are live capture with humane dispatch, leg traps with humane dispatch, kill traps of various types, such as DOC200 and DOC 250 plus toxins of various types. The Trust has a policy of using the most humane methods for trapping and killing pests. Live capture methods are inefficient as the traps need to be checked very often to reduce suffering to trapped animals. Kill traps are very humane as they generally kill the animal quickly. Similarly, toxins that we use are designed to minimise suffering and kill quickly. Species specific toxins are being developed to minimise harm to other creatures.

The largest numbers of predators that we deal with on Bream Head/ Te Whara are rats and mice but the most lethal and the most difficult to trap and kill are the mustelids, mainly the stoat. Feral cats are equally as lethal hunters but these are controlled on the reserve.

We have a wide suite of devices and toxins but the major challenge is to combat most predators' natural wariness to engage with these devices and toxins. Stoats are notoriously trap shy. There is a lot of research going into monitoring predator behaviour with detection devices such as thermal cameras and trail cameras to better understand how to attract and kill them. Artificial intelligence coupled with thermal imaging for example can instruct a toxin dispenser to offer a dose to what is identified as a predator, such as a stoat.

Enter your details below