Who are our volunteers? 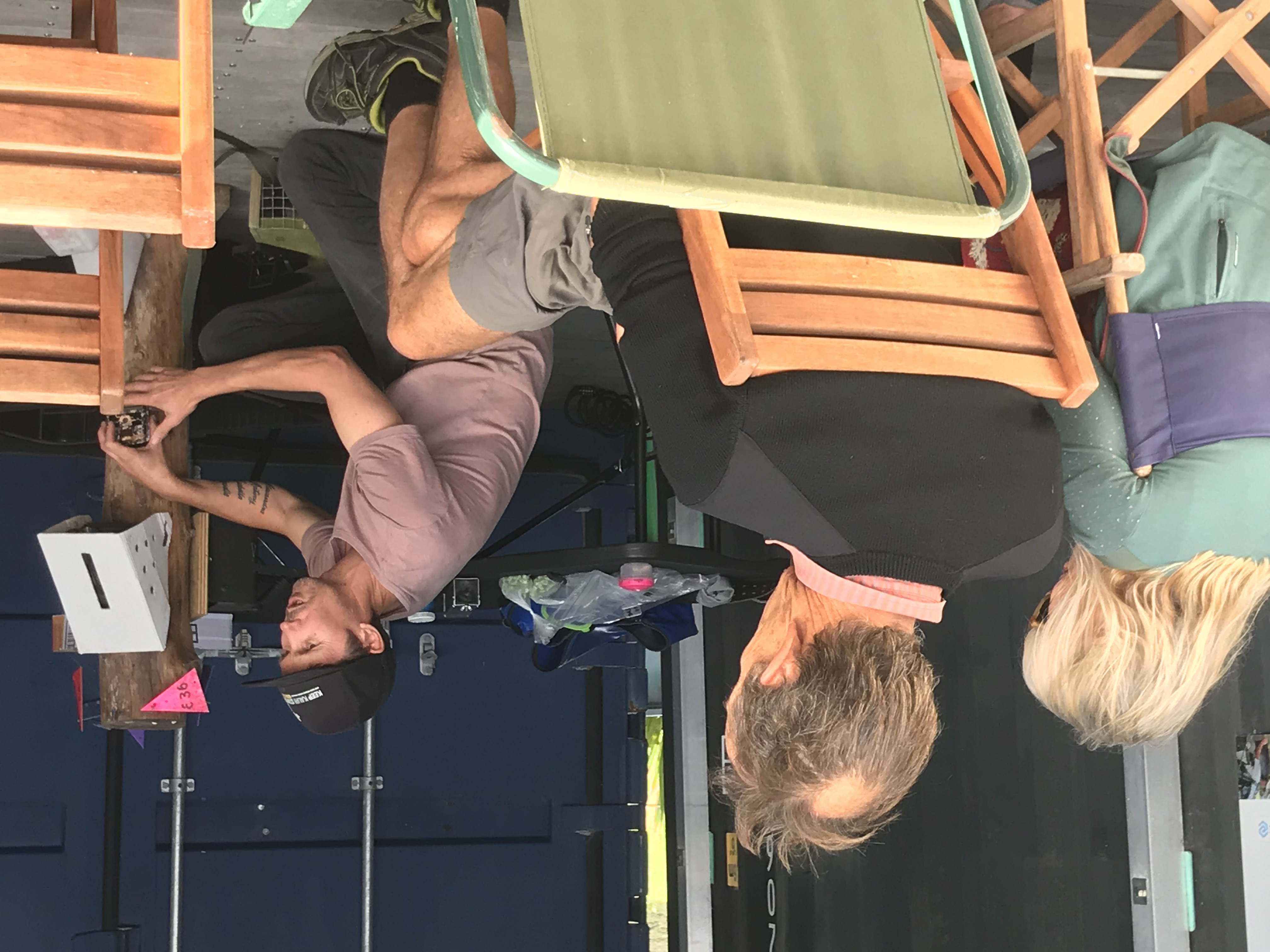 This was followed by a pleasant get together with the wider team of volunteers. It was great to see so many people, in different stages of their life, being involved in conservation work. It raised the question of what enticed people to become a volunteer for the Trust and what makes it worthwhile for them to do so. We decided to explore.

We asked Rod Lovatt, a long time volunteer. “Our family returned to New Zealand after a 10 year stint in Australia, followed by three years cruising in the Pacific. We settled down in the Bream Head area, an area I know well growing up there myself. My wife and I love the outdoors and want to preserve New Zealand nature for future generations. It was a logical step to become a volunteer”, Rod says. “I really enjoy working for the Trust, they are very organised, focused and it is great to see the results of our work.  We have run the Bream Head tracks now for many years and the improvement in bird life is so noticeable. It’s very rewarding” Rod would also like to see the same principles, used on Bream Head/ Te Whara, applied to the harbour. “I think our gorgeous harbour is the best in NZ, but neglected by and unrecognised by local authorities. Its biodiversity is a shadow of its former self.”

Nicola Hartwell spent time in her younger years walking through the Waitakere Ranges with her grandfather, instigating a love for being active in nature. Nicola and her young family moved to Ocean Beach after receiving a job offer in Northland. “I ran the trails on the reserve as often as I could”, she says, “sometimes two or three times a week.” After she became familiar with predator control through the Ocean Beach Landcare Group she figured she was spending so much time in the bush, that she may as well take on a trapline in the Reserve, and so she did.  “Little did I know then that the pressures of life (and the discovery of the joy of surfing) would result in my trapline often being the only time I have in the bush each month”, she says. “I treasure it. I get the physical and mental benefits, new experiences, and the pleasure of working with an experienced and passionate team for something I have grown to love.”

Rupert Newbold moved to the area in 1990. “I had an immediate connection with the Trust as my wife got involved in one of the committees”, Rupert says. “I remember when we arrived in the area there were goats still on the reserve and my brother, who was one of the DOC team who eradicated them, lost dogs over cliffs in the process! In those days I would catch 20-30 possums a night from 50 baits!” Over the years Rupert has donated his time maintaining trapping lines, helping out with bird call counting and is heavily involved in the restorative tree planting program. He has seen with his own eyes the dramatic revival of so many trees and plants. “The main thing I would say to any new or prospective volunteers is, you're getting involved in a very exciting restoration project that requires input from many people. We are winning in the fight to restore this beautiful reserve and it is awesome to be a part of that.”

Grant Stevens and his wife Pam have always been involved with conservation projects around NZ. “I have maintained a lifetime love of tramping especially in NZ’s mountain/ wilderness areas”, Grant says. “I first became aware of the Bream Head/ Te Whara project when our friends Cathy and Pete Michell left Matakohe Limestone Island for Pete to become the first Bream Head ranger. It was a little later I started volunteering on the bait lines. The bait lines are great to get you into the wilder nooks and crannies on the hill and encounter some of the less common birds such as robins, morepork and kaka.”

Grant doesn’t mind doing the tracking tunnel run four times a year, “I really enjoy walking uphill, it is great for fitness”, he says. “I would like to congratulate the Trust for running a great volunteer programme with good communication  and engendering the knowledge in all volunteers that their work is appreciated.”